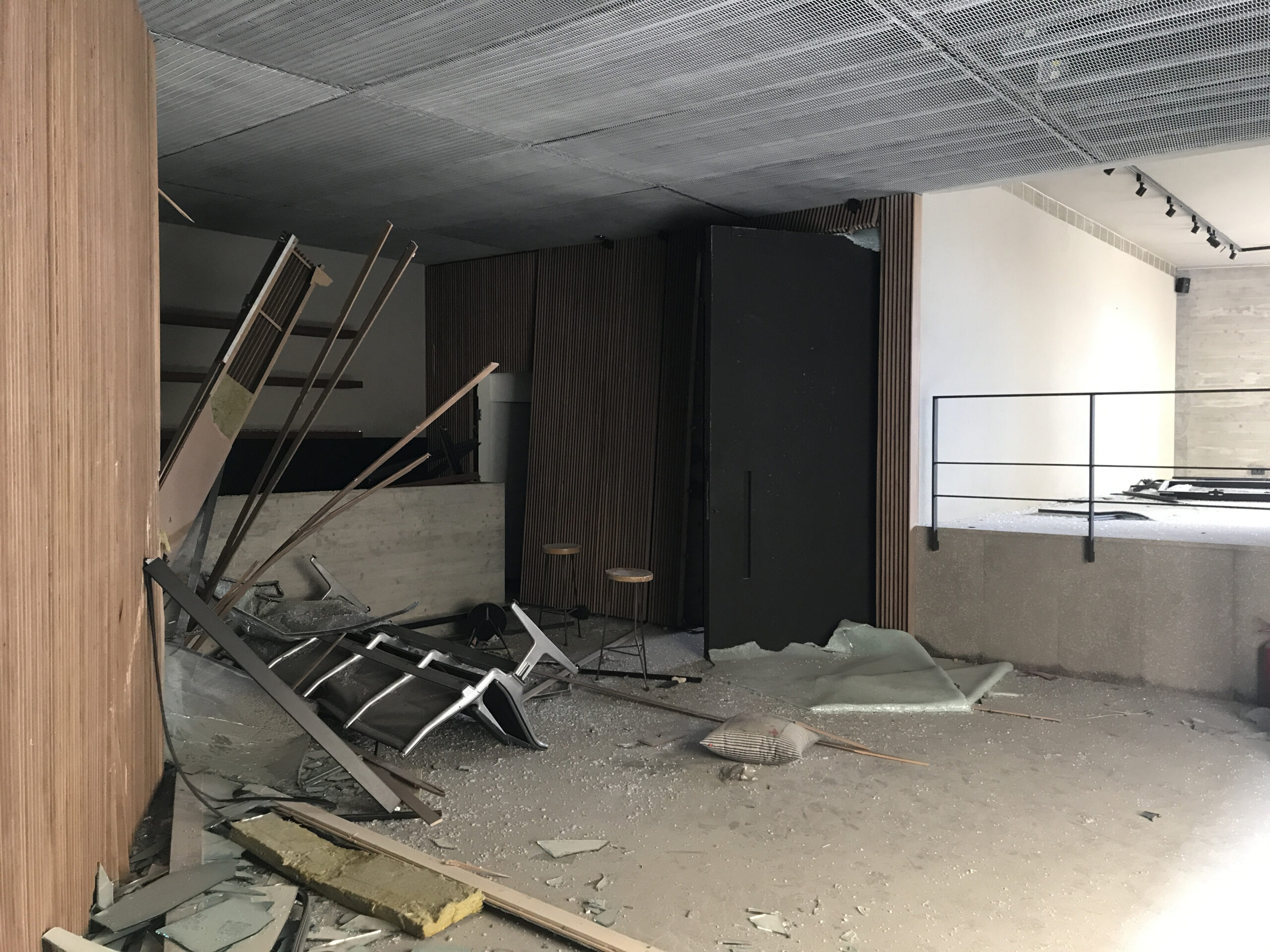 On 4th August, 2020, Mina sustained considerable damage during the Beirut Port explosion which devastated the port area and its surrounding neighbourhoods. As well as the immediate impact on lives and livelihoods, the long term aftermath of the explosion on the social and cultural fabric of Beirut is enormous and will be felt for years to come. The adjoining areas of Gemmayzeh and Mar Mikhael were once considered the pulse of Beirut’s artistic and cultural scene, and the heritage buildings, homes and businesses in these hard-hit neighbourhoods are currently undergoing an arduous process of rebuilding and renovation.

Months after the explosion hit, Mina has decided to come back to life, not merely as an act of defiance against the perpetrators of the blast, but also to give back to a community and a neighbourhood that has contributed so much during the past few decades only to suffer so much loss after a year of economic collapse and criminal political negligence.

Mina is currently seeking funds to help rebuild the physical space from supporting partners, institutions and donors. Once the necessary funds have been raised, Mina will begin rebuilding and renovating, a process that will take approximately six weeks to complete should the external circumstances allow for it.

In the meantime, we thank you for your patience and look forward to welcoming you all in our newly renewed space the soonest possible.