Mina Image Centre is an independent non-profit organization dedicated to the promotion of the image in all its forms.

With a yearly schedule of regular exhibitions and a dynamic program of corresponding events, Mina seeks to showcase the work of local artists from diverse backgrounds and across a variety of disciplines. As an important cultural hub for the local cultural scene, Mina offers its space as a platform for artists and the wider public to come together to exhibit, debate and reflect, promoting creativity and diversity through art, discussion and ideas.

Mina Image Centre shut its doors as the lockdown compelled by the global pandemic forced its activities and those of the rest of the artistic and cultural community to temporarily come to a standstill.

Then, on 4th August 2020, Mina sustained considerable damage during the Beirut Port explosion which devastated the port area and its surrounding neighbourhoods. As well as the immediate impact on lives and livelihoods, the long term aftermath of the explosion on the social and cultural fabric of Beirut is enormous and will be felt for years to come. The adjoining areas of Gemmayzeh and Mar Mikhael were once considered the pulse of Beirut’s artistic and cultural scene, and the heritage buildings, homes and businesses in these hard-hit neighbourhoods are currently undergoing an arduous process of rebuilding and renovation.

Months after the explosion hit, Mina has decided to come back to life, not merely as an act of defiance against the perpetrators of the blast, but also to give back to a community and a neighbourhood that has contributed so much during the past few decades only to suffer so much loss after a year of economic collapse and criminal political negligence.

As well as seeking funds to help rebuild the physical space, Mina will also put forth a fresh and dynamic program of exhibits and events for the coming two years that will see it broadening its scope and outreach amongst institutional partners, artists and the broader public.

While Mina’s starting mission was to offer a space that celebrated the “image” and put the art of photography in the spotlight, from this day on Mina seeks to provide a platform for local artists deriving from all disciplines and backgrounds. While maintaining the concept of the “image” as central to its raison-d’être, all artistic disciplines will be showcased and celebrated, opening the space to a broad spectrum of local artists and members of the community. This disciplinary expansion could include performance arts, visual arts, motion image, music and more.

As before, the main space will include its multi-tiered exhibition rooms, open-plan projection halls and workshop spaces. Moreover, the first floor comprises space for offices and conference rooms that will be available for hire. Mina also hopes to expand by adjoining the services of a full photography lab, a bookshop and a coffee shop.

Over the past couple of decades, the contemporary art scene in Lebanon and the wider region has been able to thrive mainly within the framework of private initiatives. Mina Image Centre places itself among these endeavours and has joined efforts with other existing institutions in the Arab world to provide a much-needed platform for free and thought-provoking artistic expression.

Our initial mission upon opening was to engage a wide audience of enthusiasts and propose a diverse reading for those who, until today, regarded photography as a trivial or niche form of art. We opted to launch our space with a photographic exhibition to shed light on the long history of photography. Mina sought to provide this dedicated space to debate both the past and the future of this multifaceted art discipline.

As a result of the shifting climate and dynamics in Lebanon, Mina has expanded its vocation and scope of work. It seeks to become a place of expression for people of all ages and backgrounds; a place where photographers, sculptors and academics collaborate, where dancers, actors and painters bring ideas and share them; an avant-garde place that triggers passions, where experimentation, without which there is no art, pushes boundaries. The aim, of course, is to ensure accessibility for as wide and diverse an audience as possible. 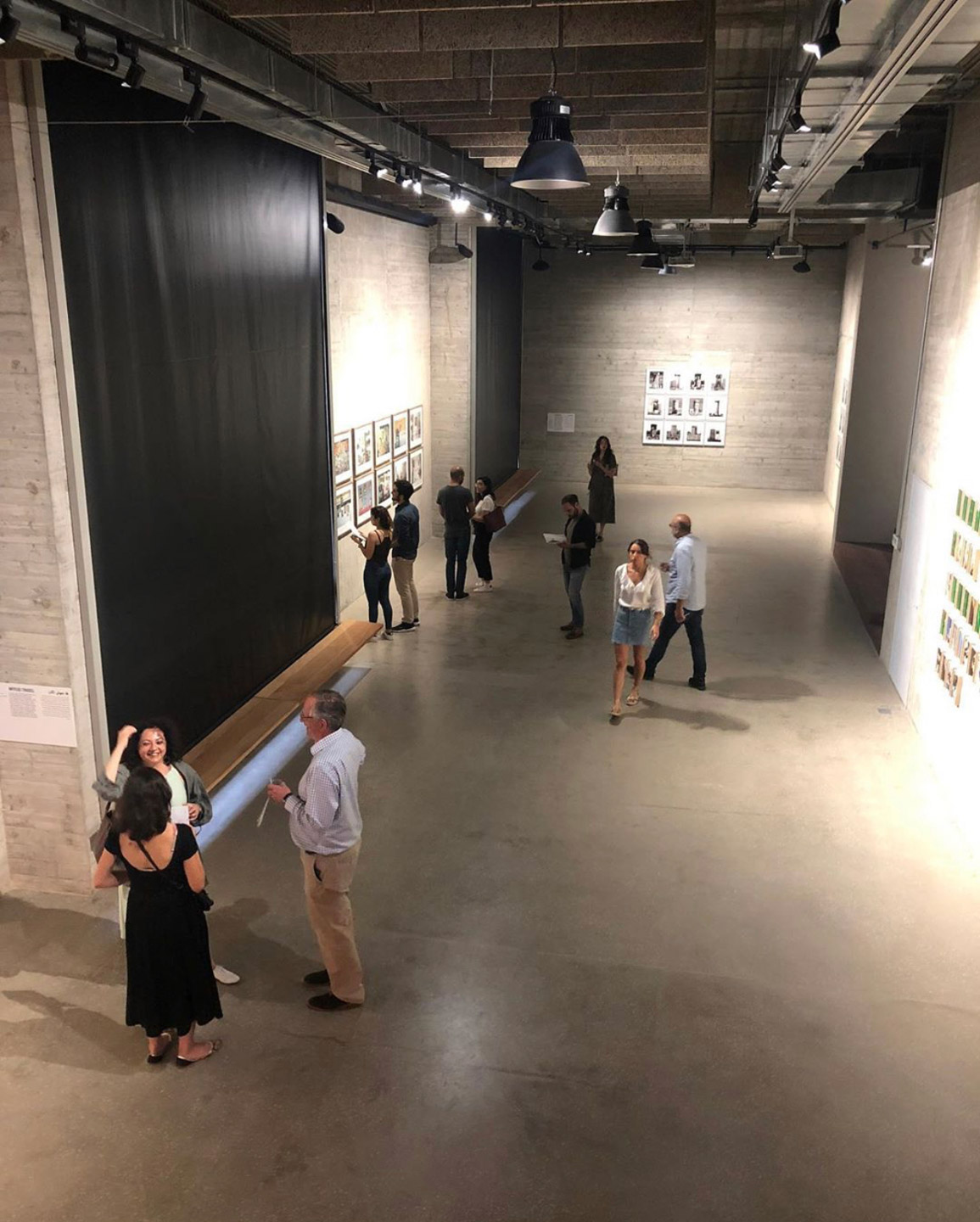 Mina Image Centre was founded in November 2017 by Lebanese photographer and filmmaker Fouad Elkoury. After decades of producing his own art and collaborating with numerous artists and artistic institutions, Elkoury decided to set up his own cultural entity dedicated to the “image” to offer a platform for the local artistic and cultural scene.

Mina is co-directed by Manal Khader and Livia Bergmeijer.