A Forum On Cultural Practices
Past Exhibition
17 October – 30 November, 2019 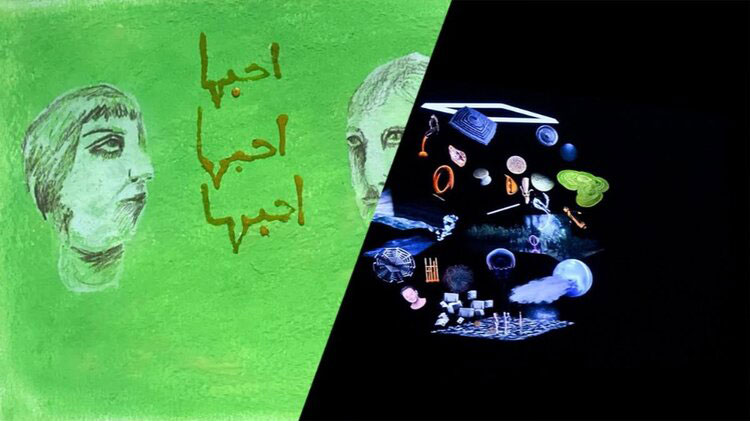 Gongs are ubiquitous ritual and musical objects found everywhere in Southeast Asia. To tell the story of the Gong in this region is to embark upon a story spanning at least 5,000 years, beginning with the Southeast Asian Bronze Age. In R for Resonance, this complex tale of cultural diffusion, technological adaptation, and social domination is condensed into a dream-like visual dictionary unfolding in Virtual Reality, in which the recurring form of the circle opens to ever-expanding rings of associative vibrations.

R for Resonance is the 9th volume of an ongoing project, The Critical Dictionary of Southeast Asia (CDOSEA). This project begins with a question: What constitutes the unity of Southeast Asia, a region never unified by language, religion or political power? CDOSEA proceeds by proposing 26 terms for the 26 letters of the English/ Latin alphabet; each is a concept, a motif, or a biography, serving as a thread that the artist uses to weave new tapestries of this region that isn’t one.

God’s Army (And Other Suffering Loves) By Jumana Emil Abboud​

Unravelling the space between vessel and void, as well as desire and emptiness, God’s Army (and other suffering loves) draws its inspiration from the locust invasion of 1915 and other collective and personal misfortunes that enforce a state of exile, longing, and unrequitedness. The project draws our attention towards the question of how we move amidst extremes and between times; or rather, how we are forced into such states of being when circumstances are beyond our control. The artist’s research, drawings, sculptures, and video works stage an environment fixated in multi-layered and coded imagery. The works speak of entrapments, bilateral dimensions, gesturing language, loves unrequited, passions starved, and healing bruised⁠—mapped out across a deprived territory that is masquerading as abundance as it sways inside and outside of time.